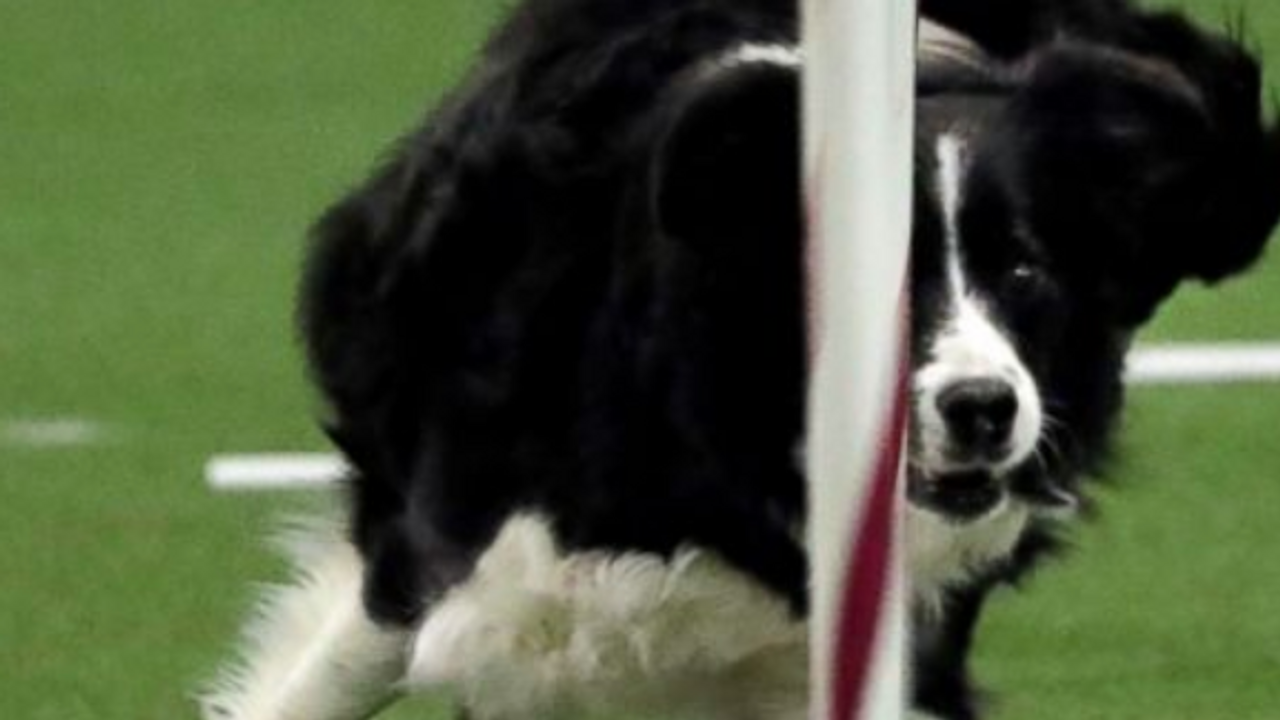 [Check out my new podcast—The Kathy Keats Show, where I talk about high performance principles and mindset applied to dog sport and life! You can listen on Apple, Spotify and (soon) Google. If you want to be notified of new episodes, click here.]

A long time ago, in a galaxy far, far away...oops, wrong story, it just feels like it was that long ago...

I was coaching at Clean Run Camp (at that time, the largest dog agility camps on the east coast) and during a break I stopped to watch the legendary Nancy Gyes do a bit of weave pole training with her amazing teammate Riot. (Yes, this was a long time ago.)

I only had to watch for a few seconds to understand why she was (and is) one of the dog agility greats.

She was using the same principles I had used in my career as an elite competitor and coach in basketball.

Although I already had a modest amount of success in agility, it was like a lightbulb went off in my head. I always knew that high performance principles could be applied to life, but I realized the principles of elite sport from my basketball days were just as applicable to dog sport as they were to human sport.

I had been applying those principles subconsciously, I began to actively seek out and apply those same principles to everything I was doing.

Much of my success since then, whether it is dog sport or my other endeavours has revolved around those principles.

What I find interesting is while dog training has evolved tremendously in so many ways, to this day not much of that elite sport knowledge is applied to the human handlers.

You might not think of yourself as an athlete or perhaps you think these ideas aren't important because you aren't aiming for a world team or a national championship.

But that's where you're wrong.

These ideas are just as important for a novice as they are for a handler with high aspirations.

Because knowing how elite athletes train helps you learn skills faster and perform with more consistency. It helps you to build the physical and mental and emotional qualities that help you perform under pressure.

Elite athletes comes in all shapes and sizes. Training to be the best you can be is much more than how fast you can run or how high you want to climb.

It's about being your best self and, in the case of dog sport, the best teammate you can be for your dog.

Many of the principles of elite performance are just as applicable to a musician as they are to a track athlete or an archer or a dog handler.

So what are a few of the things I saw Nancy doing that day?

Even though Nancy and Riot were a world class team, Nancy was only working 6 poles.

She was working a very specific (difficult) criteria so she broke it into a tiny piece and did it several times in a very focused and upbeat way with precisely delivered feedback in the form of reward.

This allowed Riot to completely understand what was right and wrong.

Nancy was very efficient and got multiple successful repetitions in. There was almost no lag between repetitions and no fussing to set the dog up. She got more done in one minute than most people get done in 15 minutes.

The (also) legendary John Wooden was famous for this.

Here's an excerpt about John Wooden's coaching style from an article at laxlibrary.com (1):

The information didn't slow down the practice. To the contrary, Wooden combined it with something he called "mental and emotional conditioning"; which basically amounted to everyone running harder than they did in games, all the time.

This also speaks to another principle I saw Nancy applying.

Training a level above

So what was Nancy working on with Riot? What could a National Champion still possibly have to learn?

They were training a harder skill than they would likely ever see in competition but it had the effect of proofing Riot's skill to the point where Riot was bomb-proof.

Most people train to get it right.

Nancy and Riot were training so they couldn't get it wrong.

Nancy was walking and running in the opposite direction that Riot was weaving, an incredibly hard maneuver and something you would almost never see in a trial (especially in that era).

So if Nancy and Riot saw a tough weave pole set up in a trial, Nancy knew she could trust Riot because they had practiced even tougher skills.

Now, they built up to it, of course. Walking against the poles isn't a "Learning To Weave: Lesson 1" exercise.

Talent isn't as important as...

...understanding skill acquisition and mixing it with mindset. These principles apply to anything, whether you are learning an instrument, preparing a presentation or training your dog.

When you train, make sure to:

Then the next time you walk onto the competition field, you won't need to wonder if you're prepared.