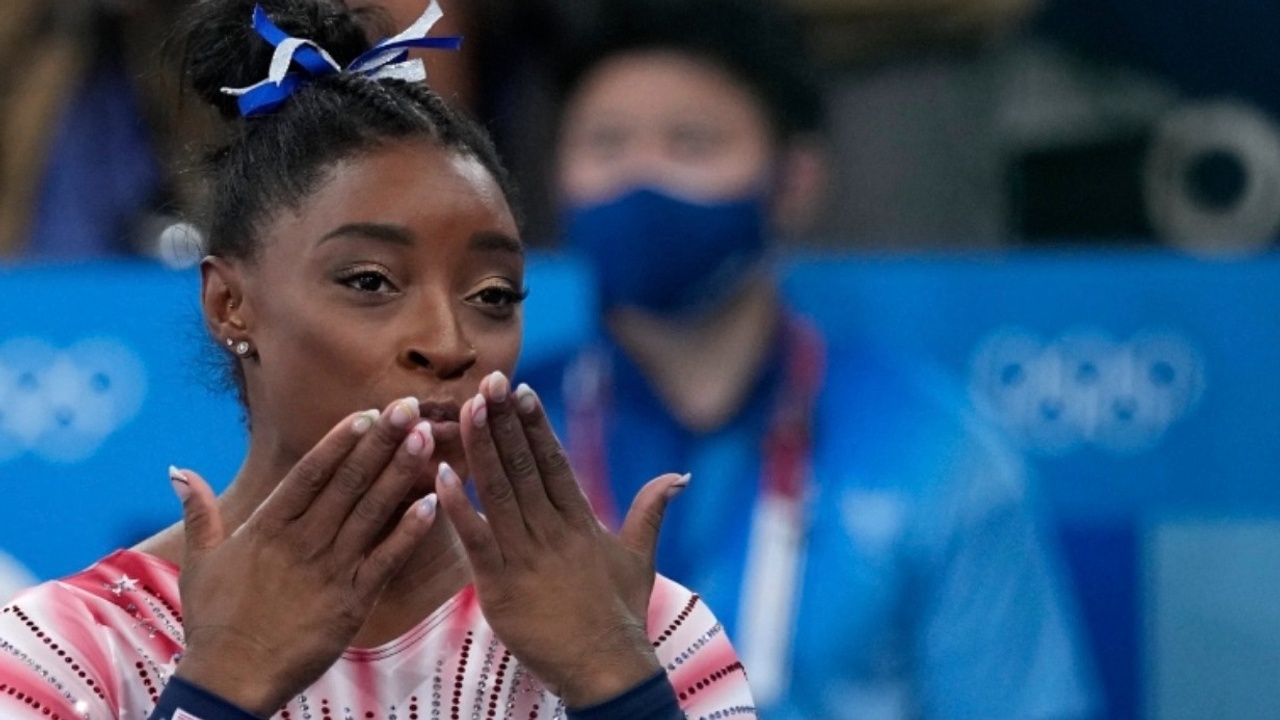 Ever heard any of these?

“Take one for the team.”

“You’ve got to be mentally tough and play through it (i.e. injury, sickness, personal problems).”

When you are injured, people are forgiving (at least for awhile). But if you step back for your mental health, you are branded a traitor, selfish, not a team player, mentally weak, a quitter—or worse.

And that messaging needs to change.

It is a myth that blindly pushing forward through adversity is always the better choice. It presumes pressing on always produces the better result.

There’s no question. Mental toughness and coachability are important traits for competitive athletes.

But resilience and adaptability and emotional intelligence are also elements of mental toughness—having the strength and courage and self-worth and awareness to change paths or even step away if the path you are on isn’t the most productive.

Simone Biles is a case in point.

Her career has included winning Olympic gold, competing with kidney stones and broken toes, surviving abuse. She has pushed the boundaries of gymnastics to new heights. She has proven herself repeatedly.

Simone is as tough as they come.

Despite all this, the vitriol being spewed by critics (all from the comfort of their couches) at Simone for stepping back at the Olympics is staggering.

I suppose it’s impossible for most to understand the soul-destroying pressure of carrying the weight of history and a country’s hopes on your shoulders unless you’ve been there.

I can’t even *begin* to imagine the pressure Simone was under—and I’ve competed in national and world championships in multiple sports over the course of my competitive and coaching careers.

Simone has dedicated her entire life to this moment. She *wants* to compete. Most people don’t even realize that stepping back was the harder, more courageous thing to do than pressing on.

Yes, Simone couldn’t find her rhythm in the early part of the Olympics. It happens to every athlete at some in their careers.

But no competition, no matter how big, is worth someone feeling pressured into doing something they don’t feel ready to do. Feeling mentally unprepared is no different than being physically injured—both put you at risk.

It’s not like Simone was playing basketball and the consequences were she would miss a beat-the-buzzer game-winning shot. She was performing mind-bending, ground-breaking routines in an unforgiving sport where complete union of body and mind is required and a tiny miscalculation can have life-altering consequences.

Simone Biles not only made the tough decision to step back, she chose to stay and cheer on her team with all her heart—not sulk or hide in a corner. That, by itself, says much about her heart and her decision.

Many people have said she should’ve stayed home if she didn’t feel prepared.

“Feeling prepared” is a very fluid feeling. It’s not just about how hard you’ve trained or how skilled you are.

You get on a roll and you feel like you can do anything.

Have a few bobbles and that sense of invincibility vanishes in an instant.

Elite athletes are used to that roller coaster. They ride it week-in and week-out. You can suck (by your standards) yesterday and be awesome tomorrow.

When you are feeling off, you expect things to turn around.

And, unfortunately, you can’t force getting your flow back.

You plan your training so you peak at the right time. But it’s not an exact science, and we are human, after all.

In basketball, you can try to fix a slump by shooting hoops until the cows come home (I’ve tried it, believe me) but it doesn’t fix where your head is at. In fact, you pummel yourself into the ground and make things worse.

Sometimes you NEED to step back to find your centre, get some perspective.

I’ve been in that boat. I’ve stepped away twice during my career despite threats and tremendous pressure to conform.

But I needed that space to get my perspective back and find my flow.

Elite athletes are human too, but with so much more at stake.

They are asked to perform at the limits of human accomplishment while carrying the expectations of their country.

Failure is not nearly so forgiving on the edge.

Only a rare few are dedicated, passionate, and courageous enough to risk it.

Simone, and all the other athletes, inspire us by challenging our potential as human beings—physically, emotionally, mentally.

I applaud Simone for making the hard choice, for understanding outcomes are a moment in time but she has a whole life to live.

I won’t be surprised if she comes back stronger than ever.

Because she’s a champion in the most important ways. Her example will inspire and empower other athletes and coaches to change the conversation in sport around the concepts of mental toughness and mental health.

I hope you are cheering Simone—and all the other athletes—like I am.

Because our human potential is so much bigger than medals.